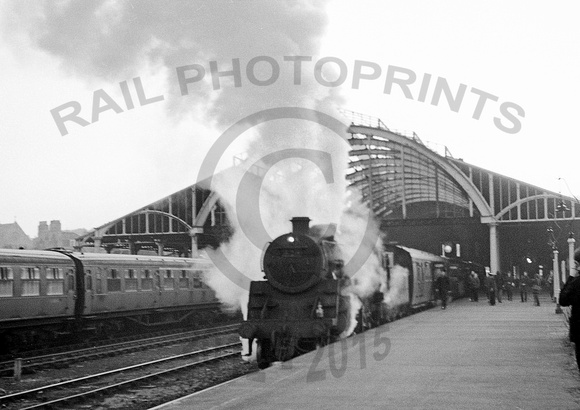 Thankyou for visiting the ‘Rail Photoprints’ photographic archive. As the name implies our primary interest is rail transport but you may be surprised at some of the other subjects that will appear in our category sections.

Our photography started in 1962 but images dating back to 1912 are in our files. We hold copyright or act as agents for the owner for everything we sell.

Images are scanned to a file size that gives an image size of A4 (roughly 12 x 8) at 300DPI suitable for both Photo and Traditional print production.

All photographs reproduced from our Digital Files are produced using Modern Digital 'wet' production processes on Fuji Crystal Archive Paper. We do not supply inkjet prints. We use a professional photographic Lab for production and then check the received product before it is despatched to our customers. Occasionally we arrange for the lab to despatch direct to customer, but, rest assured that if you feel that the quality is not good enough then reprinting will be undertaken without question although we will ask for the return of the original print so that we can investigate the imperfection with our supplier.

ENTHUSIASTS wishing to add to their collections can purchase online using our Paypal Credit Card facility or by traditional means by emailing us and requesting our Print Order form, filling in the required detail and forwarding the form accompanied by remittance to the address that is listed. If you can’t find what you want in our product list then contact us so that we can source your requirements. Cheques made payable to 'John Chalcraft' please! If ordering 'off line' please provide us with the loco Number, Location and file reference (ie.JC537) which appears at the end of the file title.

We aim to complete orders for photographs in 15 working days from the receipt of order.

EDITORS and PUBLISHERS can purchase digital copies of all images for publication either in the press, on websites or for other commercial purposes. If you wish to purchase for such usage please contact us providing the information requested so that we can confirm a price, image delivery can be either via the Web or on CD to your chosen address. When contacting us please provide us with the loco Number, Location and file reference (ie.JC537) which appears at the end of the file title.

We endeavour to provide Publishers with a 24 hour turnround from the time of contact.

As already stated we hold copyright or act as agents for the copyright holders for all photographs on the site and will take legal action against any person or business that uses our material without the appropriate copyright permission.


As railway photographers whose work is regularly used by the media we are 'quality conscious', if the product is not acceptable to us then the product will be rejected (certain 'imperfect' historically important images are exempted from this rejection because of their rarity value).

Why not browse our files or if you have specific requirements try our KEYWORD SEARCH facility, insert a single word (eg. Swindon), number (eg. 72005), in the search box. More specific searches can be undertaken using ADVANCED SEARCH by inputting phrases or combinations of Letters, numbers etc.

Our images normally appear in alphabetical or numerical order within gallery.

Being fellow railway enthusiasts it has always been our aim to produce quality products at the sort of prices that we would be willing to pay, hopefully our prices will be seen as fair for the production of a quality product.
Featured Galleries & Collections 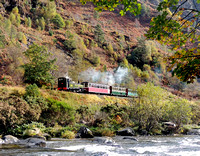 CAN YOU HELP? PHOTOS NEEDING IDENTIFICATION!