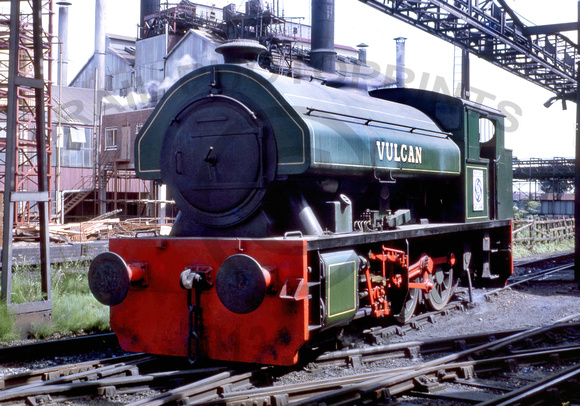 During 1951 William Bagnall produced 3 large, modern,
0-6-0ST's for the Steel Company of Wales for use in the Port Talbot and Margam Works, these efficient locos performed well but the spectre of dieselisation made them redundant in 1957. 2 of the locos 2994 and 2996 were then purchased by the Austin Motor Company for use at their Longbridge Works, 2994 was named 'Vulcan' and 2996 became 'Victor'.
The locos remained at Longbridge until 1973 when they were sold to the West Somerset Railway.