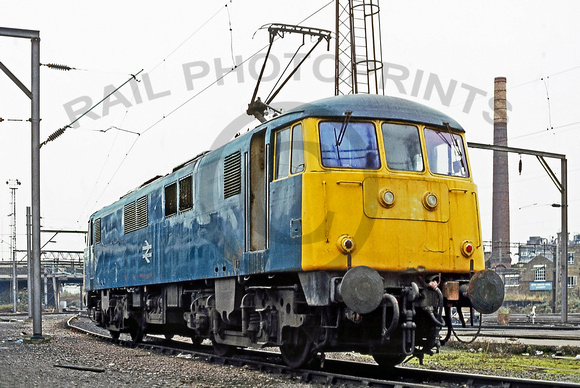 A study of Metro-Vick Class 82 (AL2) No.82005 at Willesden depot on 19th November 1983. Constructed by Beyer Peacock in association with AEI (Metropolitan Vickers), entering BR service in November 1960 as E3051.The entire fleet of class 82s was placed into storage in 1982 and the majority of them were withdrawn the following year. Two, 82005 and 82008, were subsequently reinstated for use on empty coaching stock workings between London Euston Station and Stonebridge Park Carriage Sidings, Willesden, and worked until 1987. 82005 was scrapped during July1993 at CF Booth Ltd, Rotherham.