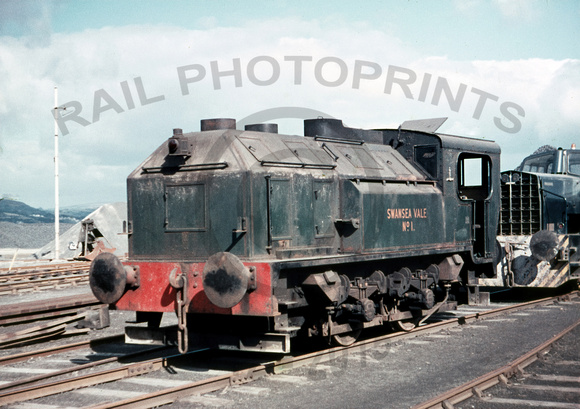 Sentinel 9622 Swansea Vale No 1 at Imperial Smelting's Llansamlet Works this 1958 built 4WVBT was the last steam locomotive to be built by Sentinel , 06/70. ©John Chalcraft/Rail Photoprints
This interesting locomotive at the Pontypool & Blaenavon Railway on 13th September 2015 is the last locomotive built by Sentinel. It was turned out in 1958, works number 9622 and is a vertical boilered 4-wheel locomotive. It was used at Swansea Smelting Works and carried the name "Swansea Vale No. 1" - the remains of the name can just be made out when viewing at higher resolution. For many years it was based at the Gwili Railway but was transferrede to the PBR in 2014. It is now in rather a sorry state but hopefully this will soon be rectified.
©John Chalcraft/Rail Photoprints
Powered by ZENFOLIO User Agreement
Cancel
Continue