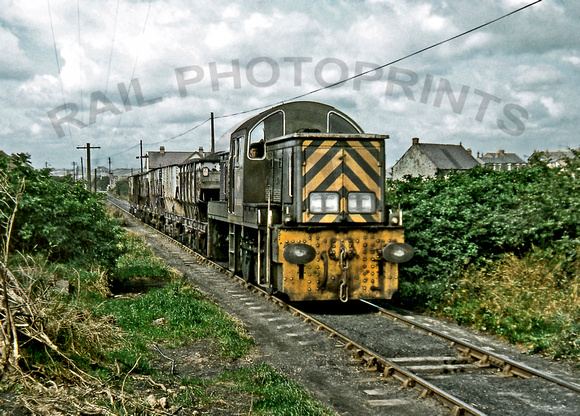 D9555 entered BR service in October 1965 but was quickly sold out of BR service, in April 1969, and acquired by the NCB for use on the Ashington system where it was allocated the running number 9107/57.

D9555 was the last of the class and the last of 365 Western Region diesel hydraulic locos built between 1958 and 1965, as well as being the very last railway engine built by the famous Swindon Works for BR service. It was also initially preserved at Rutland Railway Museum when sold by the NCB in 1987. It is now operating in the area where it worked in BR days, at the Dean Forest Railway.
Â©Gordon Edgar/Railphotoprints.co.uk
Powered by ZENFOLIO User Agreement
Cancel
Continue