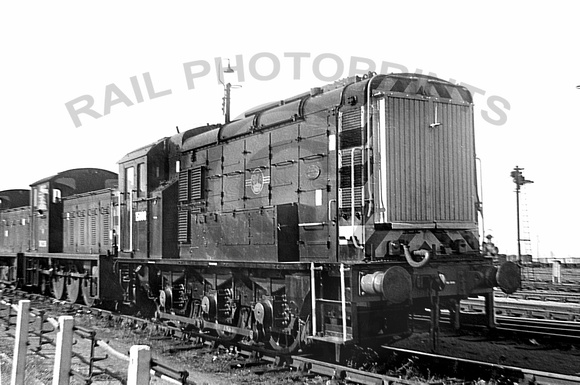 LNER shunter 15000 ex works at March depot, 08/62. The loco was built at Doncaster Works with 350HP English Electric Engine and Traction motors it was put to traffic on 3/7/44 at Doncaster Works before being transferred to Stratford and then on to March where it spent most of its working life before being transferred to Crewe where it was withdrawn on 5/8/67. It was sold to A. King at Norwich for disp;osal andthe end came in 8/68.
©John Chalcraft/Rail Photoprints
©John Chalcraft/Rail Photoprints
Powered by ZENFOLIO User Agreement
Cancel
Continue